My research career began with an emphasis on hormonal responses/feedback to various stressors in different animal models and spanned over 24 years (1966-1999) with 9 years of time off for family (1974-1983). ( CV ) In 1992, I joined the faculty at the Baylor College of Medicine, Department of Pediatrics, Houston TX. My personal interest in clinical research introduced me to the preterm infant population. I was particularly attracted to the oral feeding difficulties these infants encounter that so often prolong their hospitalization in Neonatal Intensive Care Units (NICUs) and the distinctive types of stressors experienced by their mothers and their impact on maternal behavior and lactation. Research on infant oral feeding has attracted limited attention from the general public and researchers in the past as the majority of infants were born term and were able to feed by mouth within hours of birth with no apparent difficulty. However, it has gained momentum over the last two decades with the increased survival of infants born prematurely, many of whom encounter difficulty feeding by mouth safely and efficiently. As a basic physiologist by training, I approach clinical studies from a different angle than most clinicians. I am not only interested in clinical outcomes, but just as importantly in the causes/mechanisms that lead to those outcomes. This consists primarily of using ‘multi-system’ approaches and techniques to problem-solve the difficulties these infants and their mothers encounter. Indeed, it is only through identifying the causes of medical/health problems that one can truly develop tools/interventions to resolve such issues. 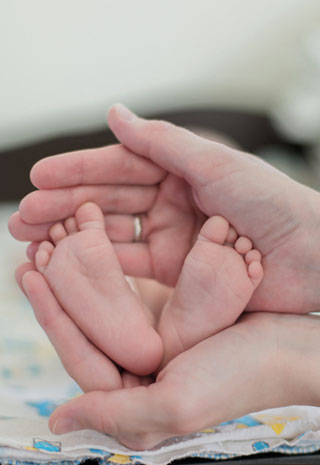 It is following such a principle that, with no existing device that can monitor directly infant sucking, I developed the Oral Motor Kinetic (OMK) monitoring systemTM. The OMK directly records simultaneously the force and ‘shape’ of the Suction and Expression components of sucking. With this tool and working with infants born prematurely, my team and I were able to follow the development of these infants’ oral feeding skills and gained a true understanding of how sucking develops. Additionally, the ability to simultaneously monitor infants’ sucking with their swallowing and respiration further offered a unique and in-depth knowledge of how the coordination of these three functions mature. This led us to identify some of the causes of their oral feeding difficulties. It is from these initial studies, that the development of evidence-based efficacious tools and interventions ensued, such as the development of the Self-PacedTM feeding bottle that naturally enhances infant’s nutritive sucking skills, the simple clinical Oral Feeding Skill (OFS) assessment scale (Lau & Smith 2011) that requires no special apparatus, and a number of interventions, e.g., oral tactile stimulation, massage therapy, swallow exercise. Efficacy of these instruments was validated by monitoring the maturity levels of infants’ nutritive sucking monitored with the OMK or the OFS scale against their oral feeding performances. I want to gratefully acknowledge the support received from the National Institutes of Health(NIH; R01-HD-28140; HD 044469;MO1RR000188) for the majority of this work over the years. As years passed, greater recognition of this research is evidenced by the number of seminars, lectures, and workshops invitations received from the research and medical communities nationally and abroad. To reach a broader audience on the internet, I developed webinars on specific topics of infant oral feeding with future presentations in preparation. The potential value of the OMK monitoring systemTM and Self-PacedTM feeding bottle to mothers and clinicians led me to obtain funding to specifically develop prototypes for the commercialization of these two inventions. This was possible through initial funding from the NIH Phase I Small Business Innovation Research (R43 SBIR) and two awards from the New Mexico Small Business Assistance Program from the Los Alamos National Laboratory, Los Alamos NM.